On June 27, representatives from DART First State, The Downtown Dover Partnership, and RideShare Delaware partnered with the Dover Air Force Base to hold a Try Transit Day, encouraging residents of the base to try clean commuting for the day. DART First State and RideShare Delaware (a division of DART) combined forces to guide residents on a round trip from arrival to the bus stop to the Capital City Farmer’s Market in downtown Dover.

Families and couples arrived to the bus stop at DAFB Visitor’s Center during three scheduled departure times to catch the 106 bus. At the bus stop, residents were greeted by RideShare Delaware representatives Amy Reardon, Kathleen Grier, and Arlene Beltran who handed out bus maps, information about bus schedules, market bags, and other treats to thank them for choosing a clean commute.

DART employees Tremica Cherry-Wall, Jamila Jones, and Steve Ottinger stayed with riders during their entire experience in order to answer any questions for first-time riders and assist with routes to and from the Capital City Farmer’s Market.

Additional DART employees Sophie Isip and Nicole Anupol were available at a connecting bus stop location to assist riders with bus schedules, use of the DelDOT app and gave out more information regarding Kent County and beach bus schedules. Sara Fuller and Gia Nasir set up a table at the Capital Farmer’s Market with games and additional information for riders and market attendees. 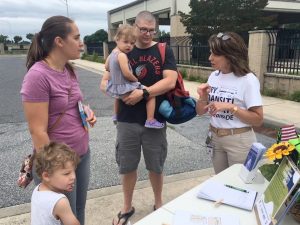 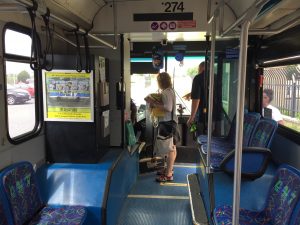 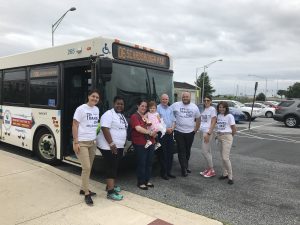 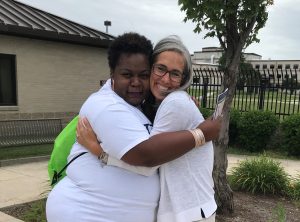