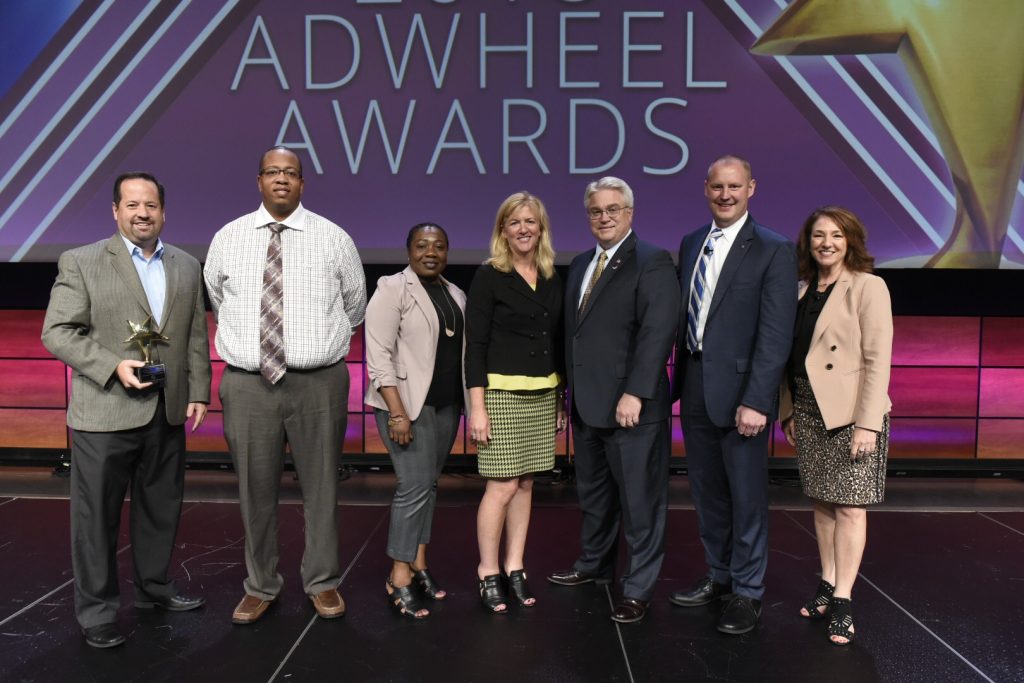 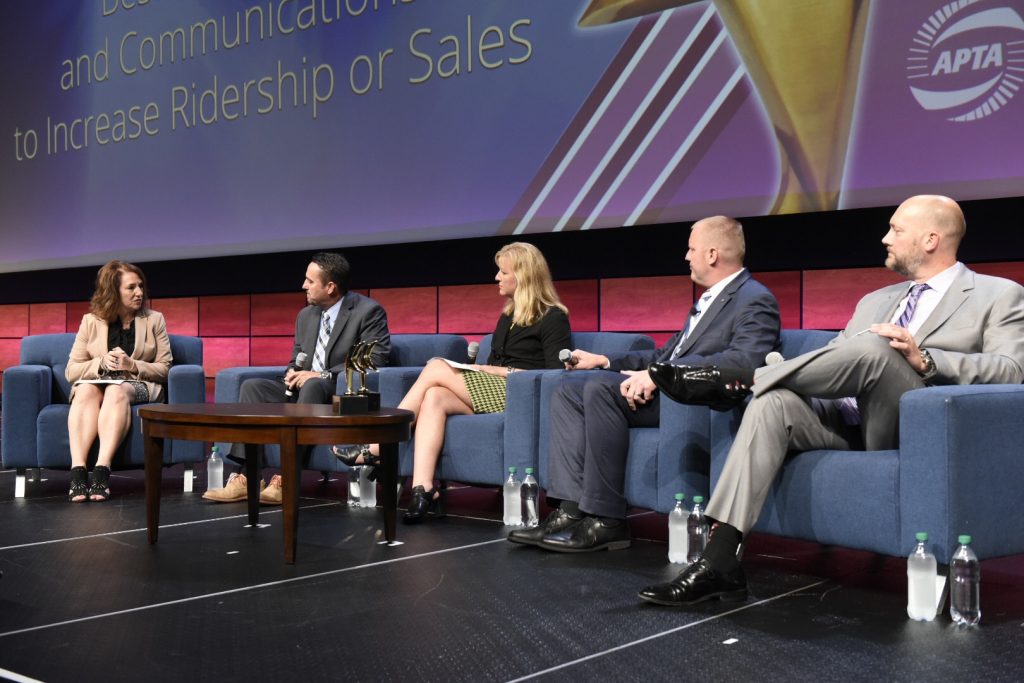 The Delaware Transit Corporation (DTC) has earned high honors in the marketing and communications world of the public transportation industry, winning the Grand Award for Campaigns to Increase Ridership from the American Public Transportation Association (APTA) 2018 AdWheel Awards for its innovative DART Beach Bus campaign.

On September 24, representatives from DART accepted the award during the APTA Annual Meeting in Nashville, Tennessee. In addition to the awards presentation, the winners participated in panel discussions examining the strategies and tactics that helped them achieve their goals.

More than 300 entries were evaluated by nearly 100 industry experts. DTC won first place in the initial round of judging, and their top score advanced them for consideration in the second round of judging for the Grand Award in the mid-size transit agency category, which they won.

John Sisson, DTC CEO said, “It is such a great honor to receive this prestigious award in the public transit industry. We were elated with the Beach Bus launch and ridership results. From the marketing campaign to the new facilities, signage, planning and operation of the service, employees from all sections of the Corporation deserve credit for the successful Beach Bus season.”

The objective of the Beach Bus campaign was to raise awareness of the new Lewes Transit Center and Park & Ride, increase ridership and, in turn, reduce traffic congestion during the summer. The public was offered the option to ride in the comfort of the air-conditioned bus, avoiding the stress and aggravation of driving in bumper-to-bumper traffic.

DTC worked with Aloysius, Butler & Clark (AB&C) on the campaign, which utilized public relations, social media, print, radio, lifeguard stand and movie theater ads, hotel key cards, restaurant/bar coasters and table tents to raise awareness. The “DART to” campaign highlighted the various destinations reached by the Beach Bus, such as “DART to the Boardwalk” and “DART to the Nightlife.” The winning campaign can be viewed at DART Case Study.

The 2017 season of the DART Beach Bus service was proven successful with an unprecedented ridership increase of over 21%, thanks to the launch of a new brand and implementation of strategic advertising. In addition to the clever campaign, bus service levels were increased with more frequencies, expanded service areas and extended hours. As a result, fewer cars were on the roads in the beach areas.