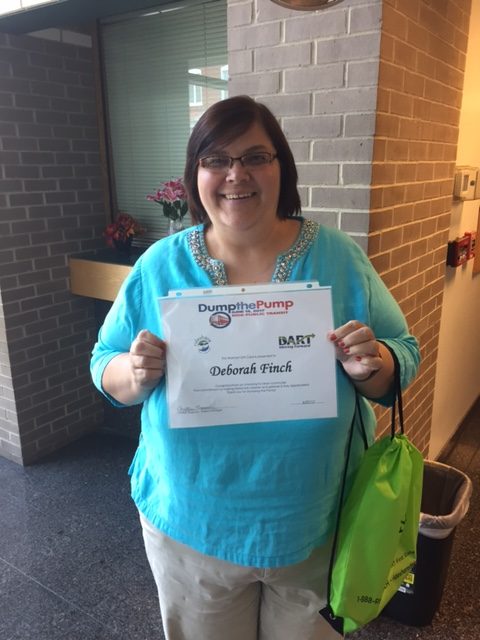 Deborah works at the United Way in Downtown Wilmington and carpools to work every day. Even though she lives in Wilmington, her short commute pulls over 40 miles of Single Occupied Vehicle (SOV) travel from our roadways each week. Showing that even if you live close to your work, a clean commute can go far in making our air cleaner and greener. We applaud Deborah’s commitment to clean commuting.

On June 15th, the RideShare Delaware Team was at the Dover transit center to reward the state’s transit riders. In total, we gave out prize packets to 30 individuals that were taking transit that day. We also held a Wawa gift basket raffle for one lucky clean commuter. That winner was Margaret Hicks, who uses DART’s route 102 and 104 to get around Dover. 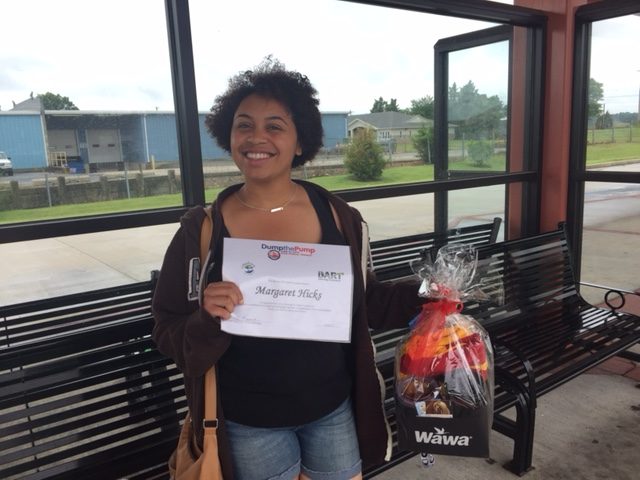