Ryan works at the Christiana Care One Reads Way  Facility and was one of RideShare Delaware’s Ride. Record. Reward! winners for March 2017! Ryan and a fellow co-worker carpool from Dover to Wilmington on on a regular basis. Their combined effort pulls over 100 vehicle miles traveled off our roadways each day they clean commute. For participating in Ride. Record. Reward! Ryan was presented with a  Ride. Record. Reward! certificate of participation, a $25 Wawa gift card, and lunch tote.

We thank Ryan and his carpool partner for making  the drive from Dover to Wilmington just a little bit easier for everyone! 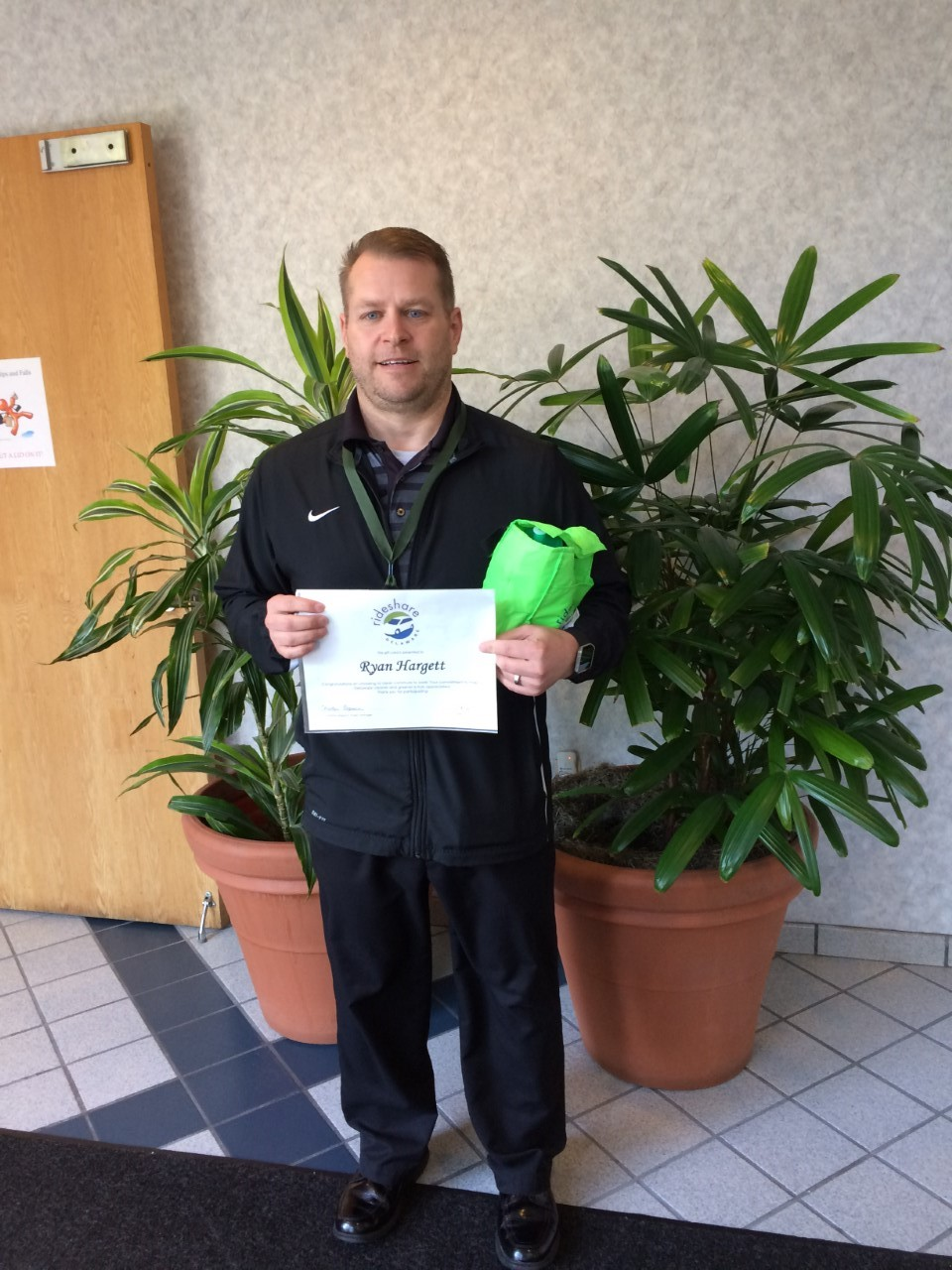