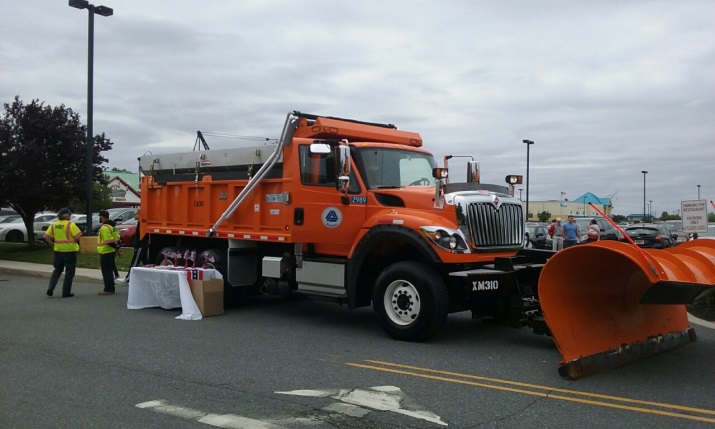 On May 20, DART sponsored the “Touch a Bus/ Truck” event at the Wilmington Riverfront’s Delaware Children’s Museum. This event had vehicles from the Dover Air Force Base, DelDOT (including Wally), DART, Brandywine Region Delaware Antique Car Club, the Wilmington Police Department as well as the Wilmington Fire Department, Riverfront Development Corporation and St. Francis Hospital. PNC Bank had its “Discovery Zone Tent.” RideShare Delaware and DART had informational tents, which were staffed by RideShare Delaware’s Outreach Coordinator, Amy Reardon, and DART’s Marketing and Outreach Manager, Sharon Williams. DART’s Beach Bus schedule was very popular along with Rehoboth and Dewey Beach Visitors Guide, which were distributed together. RideShare Delaware’s ring toss game at its tent attracted several visitors. The event was well-attended and the children and their families enjoyed themselves. We received several requests from families to have the event again next year.*