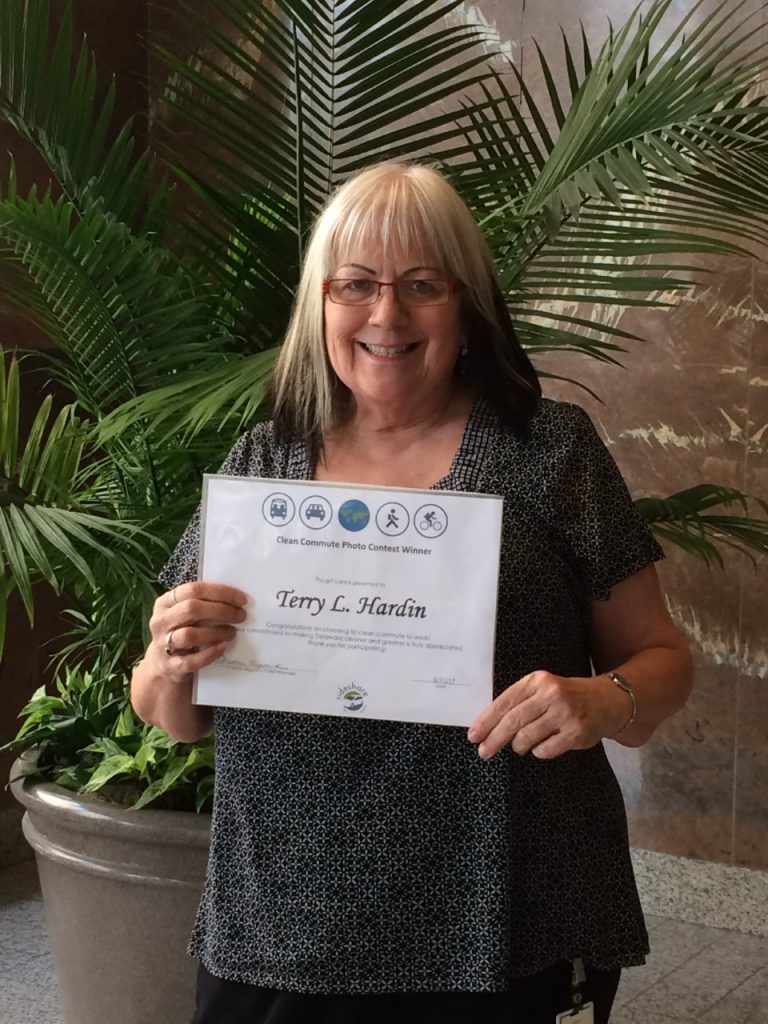 Congratulations to April’s Earth Week photo contest winner Terry Hardin! Terry snapped a selfie of her daily  commute on SEPTA’s Wilmington Newark Line. By taking the train to work  Terry takes over 150 VMTs off our roadways! Also the train allows for a hands-free commute which she can use to catch up on work or personal business. We thank Terry for her ongoing participation and commitment to clean commuting. 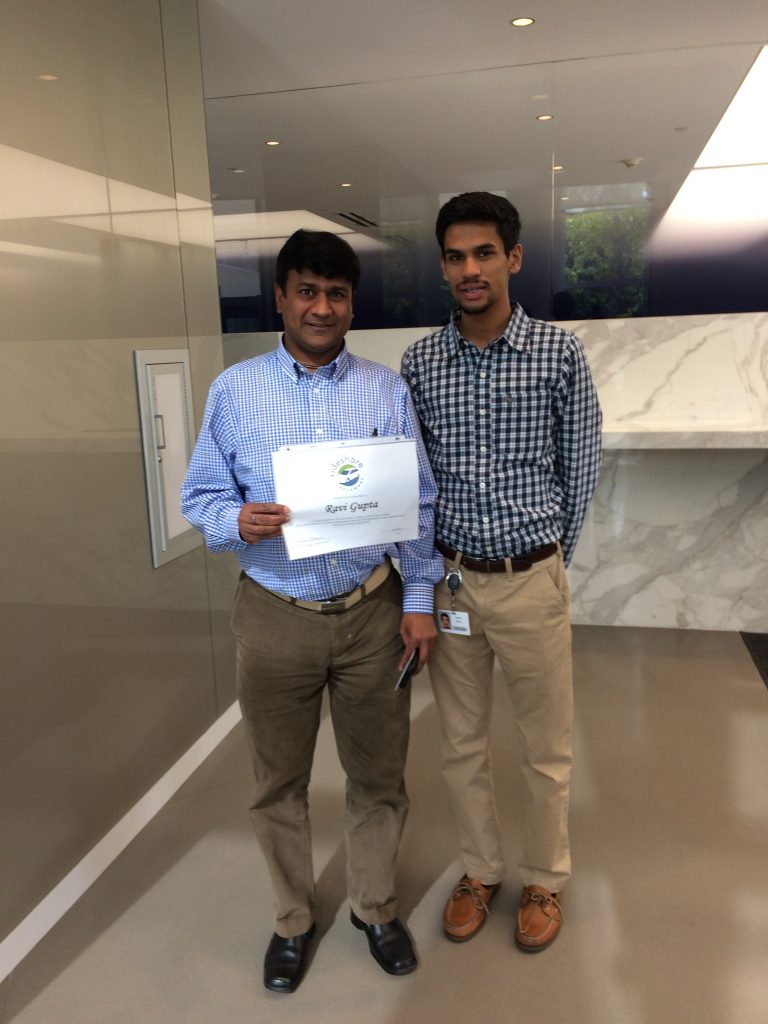 Congratulations to Ravi Gupta! Ravi carpools  daily from his home in Bear Delaware to his job in downtown Wilmington. Each day him and his carpool partner take over 30 miles of vehicular miles traveled off our roadways. We thank Ravi for his participation in Ride.  Record. Reward! and thank him for making  our commutes a little easier for all of  us!

Not pictured here is our other April  Ride. Record. Reward! winner Marsha Cauthen! Marsha saves 85 miles round trip by commuting into downtown Wilmington on DART’s Bus Route 301. Marsha enjoys utilizing the free WiFi on the 301, which allows her to get an extra 2 hours of work completed. Marsha also commented on the reliability of the bus driver and always being on time! Thank you Marsha for your clean commute!