We love to celebrate our green commuters!  This month, we’re excited to reward Louis for his continued commitment to clean commuting.  Louis shares the ride with a co-worker, traveling from his home near Smyrna to his job at Christiana Care in New Castle.

Every carpool counts towards improved air quality.  With just one clean commute, Louis and his carpool partner reduce traffic congestion by one car, take 70 miles off the road, and eliminate 1.5 pounds of carbon dioxide from our atmosphere.

Already carpool?  Add a rider to your group and save even more! 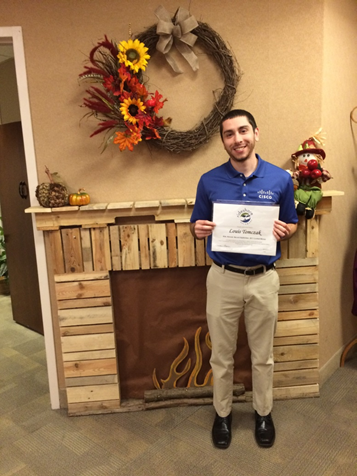 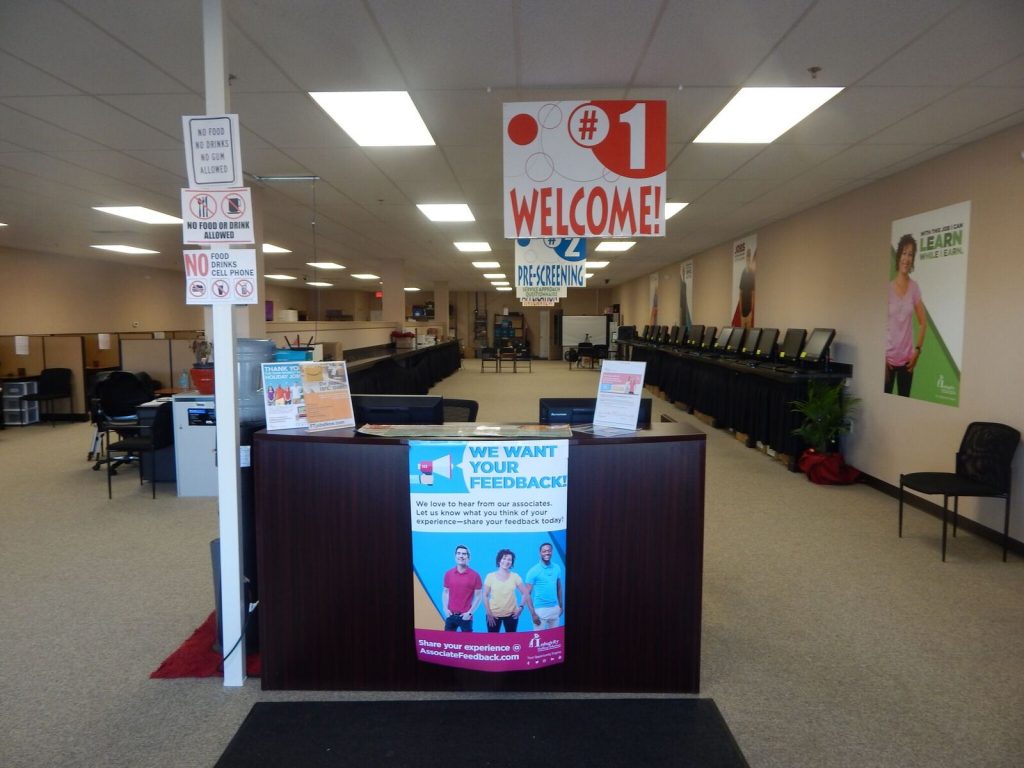 Since November of 2013, Integrity Staffing has been a Gold Level Partner with RideShare Delaware. Integrity Staffing handles the staffing for Amazon’s fulfillment centers in Middletown and New Castle. Specifically, during Amazon’s peak season in the fall, Integrity is charged with hiring and training the temporary associates to ensure Amazon can meet the demands of their customers. To achieve this, Integrity will bring in anywhere from 1,000 to 5,000 people to man the fulfillment centers, an incredibly daunting task. This large influx of people causes a huge parking issue at the Middletown Fulfillment Center, where the majority of the new hires are placed.
This is when RideShare works directly with Integrity. During the peak hiring season, we routinely attend orientations to speak with new hires about our program. We also work to ensure that when we cannot attend an orientation,  someone from Integrity can speak about RideShare Delaware on our behalf.  Integrity also works with DART First State to ensure that it is providing transportation option for their employees.

We applaud Integrity’s continued commitment to their employees and their efforts in recognizing the transportation challenges they encounter.

Are you looking for work? Consider stopping by one of Integrity’s recruitment centers to find what opportunities await you.

In February we ran our Frozen February Commute contest where one lucky participant that recorded five days of clean commuting won $50 in giftcards. Our lucky winner was…. 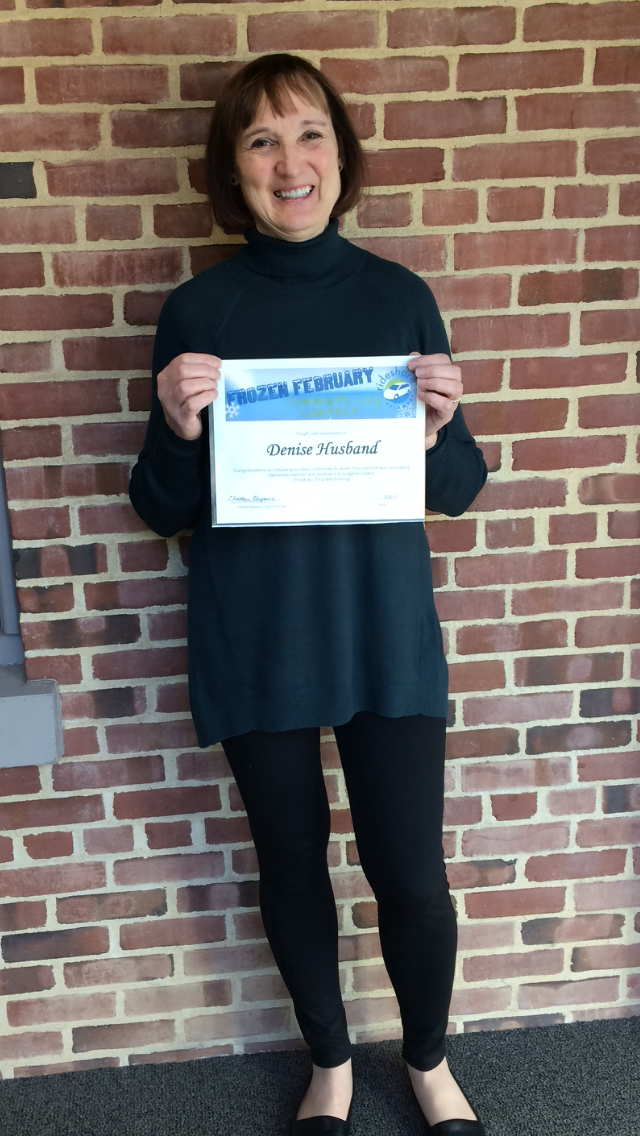 Denise Husband! Denise has been a member of RideShare Delaware since 2012. She either uses bus riding or carpooling to get to her Job in Dover from her home in Wilmington, making for a clean commute trip of over 100 miles each day! 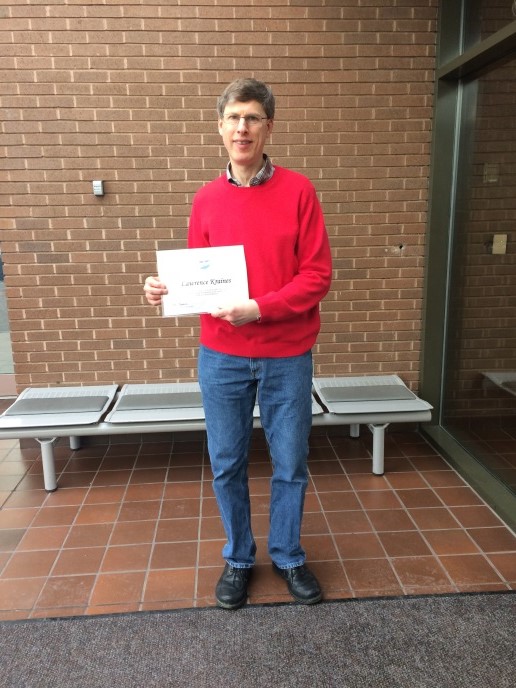 Larry Kraines was one of our February Winners for Ride. Record. Reward! Larry clean commutes from his home in Pennsylvania to his job in Newark, Delaware, racking up 20 clean commute miles every day.

James Duffus was our other winner for February. James commutes from his home in Newark to his job downtown Wilmington. We thank James for his commitment to clean commuting (no photo available). 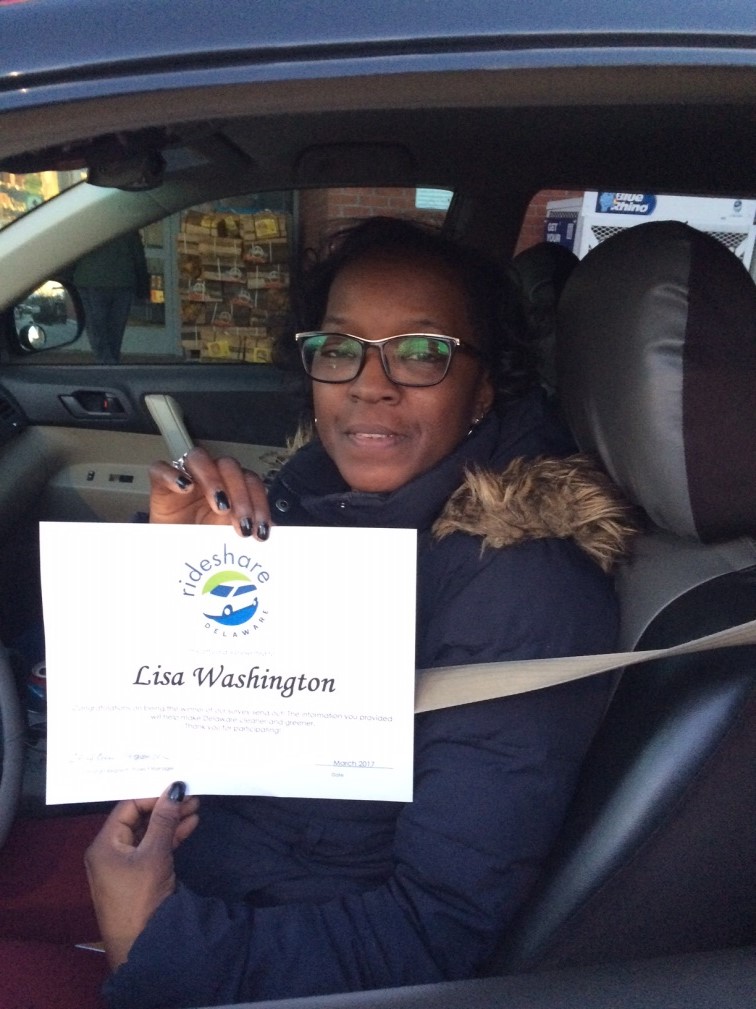 We thank all our participants and look forward to giving you more ways to win during the year!

Christiana Care has been a member of RideShare Delaware since 2003 and a Gold Partner since June 2010. They are the largest private employer in Delaware with 11,000 employees located in various campuses throughout the state. RideShare Delaware is able to enhance their employee benefits with their to-and-from work transportation program.

Our partnership works with representatives throughout the Christian Care organization from new employee orientation, customer/administrative services, and public safety.

RideShare Delaware recognizes Christiana Care for their outstanding commitment to employee health and wellness and thanks them for their partnership to make the State of Delaware a cleaner environment.

RideShare Delaware looks forward to working with and strengthening our partnership with Christiana Care Health System throughout Delaware by exploring and implementing new benefit options. 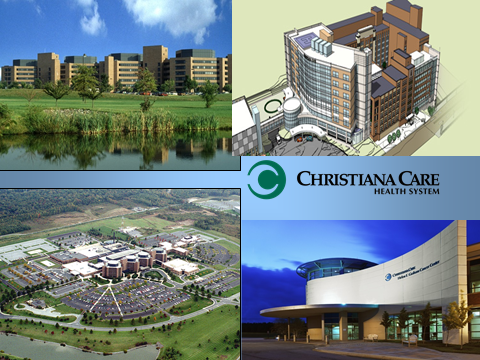 The Delaware National Guard also received the Leadership in Energy and Environmental Design (LEED) Certification for 2015 at the Major Joseph R. “Beau” Biden III National Guard/Reserve Center. The LEED Certification is one of the most popular green building certification programs used worldwide, that requires buildings to meet a set of rating systems that aim to make the building environmentally responsible and efficient. 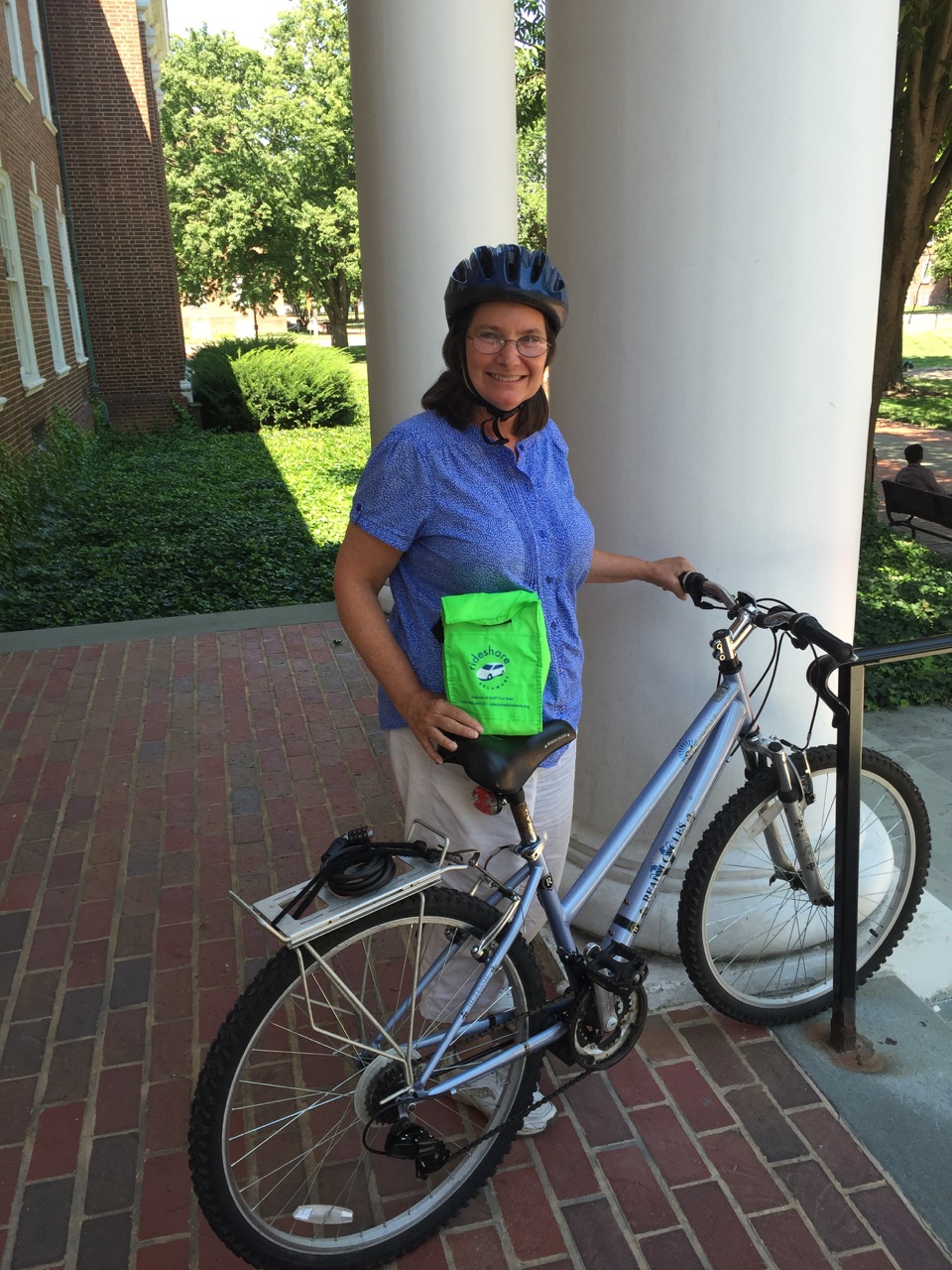 Say hello to Deb! Deb is an avid clean commuter and tries to clean commute anyway possible. Currently  she lives and works in the Newark area  which enables her to frequently bike to her job at the University of Delaware. On days she can’t ride her bike in, she carpools into work still saving her money  while still clean commuting. Your commitment to clean commuting is an inspiration Deb! 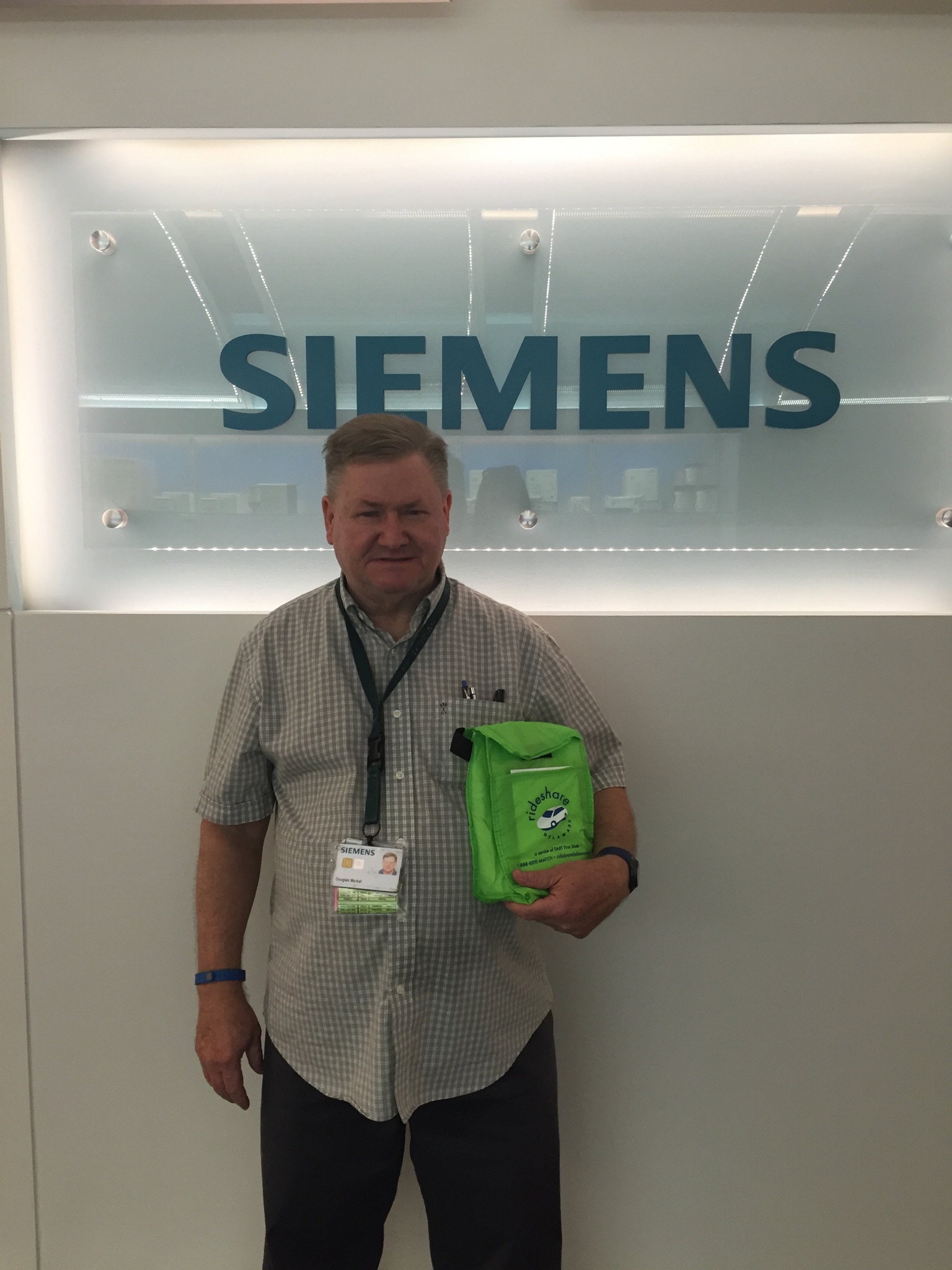 Doug  carpools with our winner from last month to their work at Siemens in Glasgow. Even though his ride lives  in Pennsylvania they both meet at a central location near Wilmington and share their ride to work every day. We applaud Doug’s effort of clean commuting to work and are proud to highlight his commitment to clean commuting.

Sponsored by the American Public Transportation Association (APTA), the 2016 National Dump the Pump Day is a day that encourages people to ride public transportation.  Started in June 2006, when gas prices were $3 per gallon, this day emphasizes that public transportation is a convenient travel option that also helps people save money.  According to APTA’s June Transit Savings Report, individuals who ride public transit instead of driving can save, on average, more than $790 per month.

So DTC encourages Delawareans to join millions of others across the country as they save money by riding public transportation during National Dump the Pump Day on Thursday, June 16.  Or if you are a frequent rider, take a friend along and remind them that using DART can save you big bucks if you “Dump the Pump” during your daily commute. 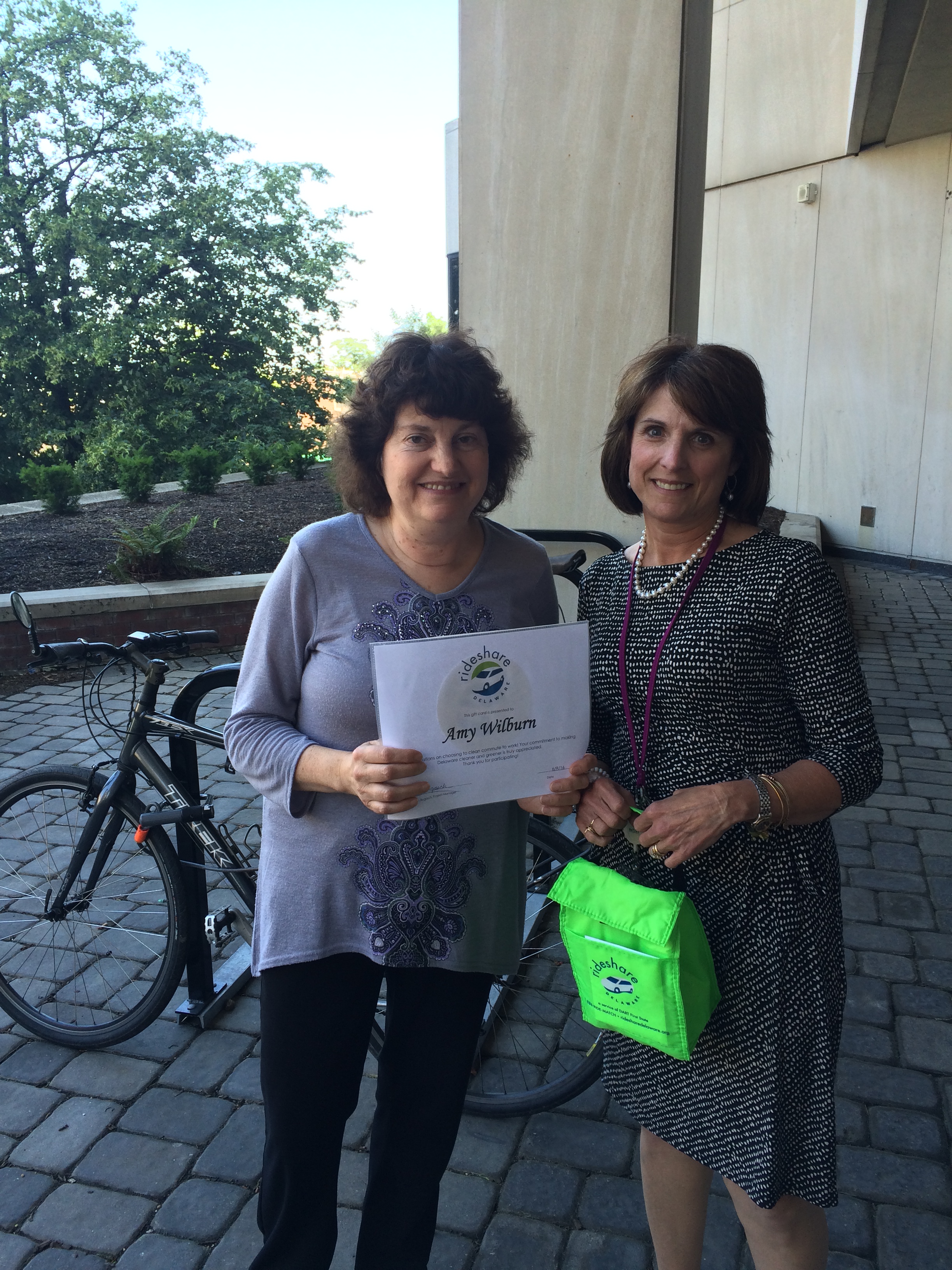 Darrel and a fellow co-worker commute to and from their jobs in Wilmington. Throughout the month of May Darrel and his carpool partner took nearly 100 vehicle miles off the road! Darrel’s carpool partner is right on his way to work, making the drive in easy and sensible for both commuters. 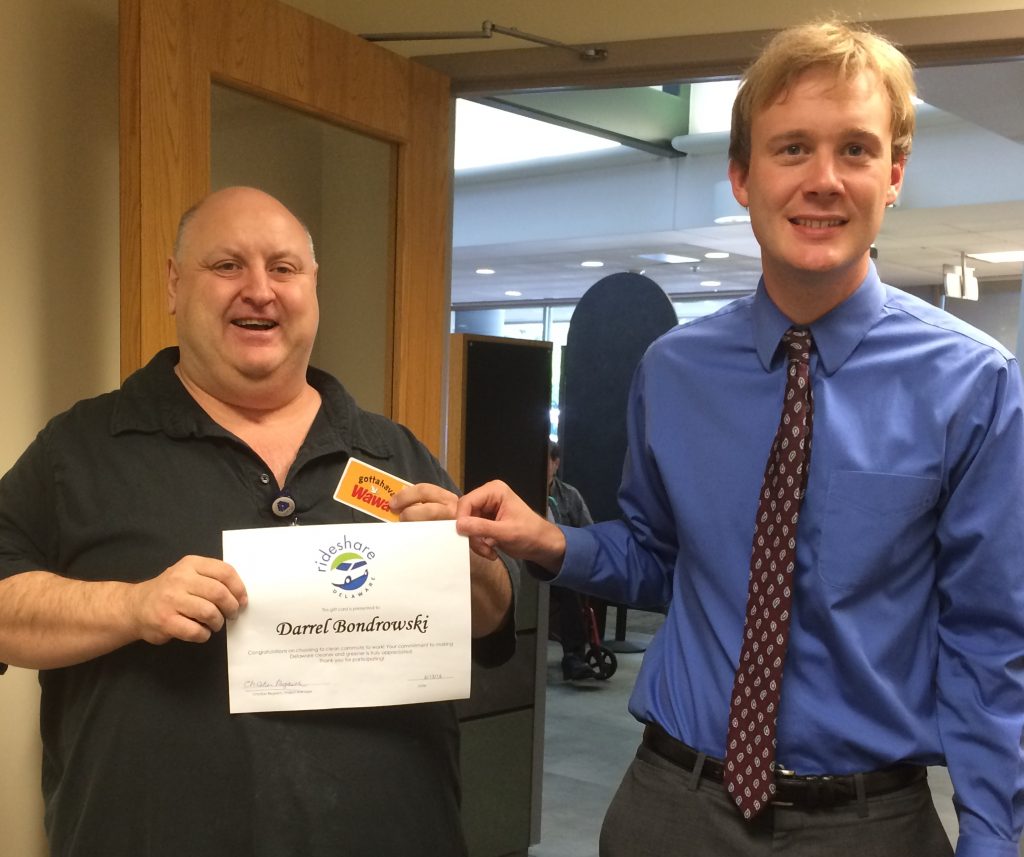 Congratulations to our winners and remember if you didn’t win this month, continue to log your miles and you might just be one of our winners for June!

From the Riverfront Wilmington Corporation (http://riverfrontwilm.com/parking/)

Effective October 1, 2014 a parking permit will be required to park in the Riverfront Commuter Lot prior to 10 a.m. daily. To obtain a parking permit, please stop by the Riverfront Development Corporation of Delaware offices located at: 815 Justison Street, Wilmington, DE 19801.(Please use the entrance that faces Frawley Stadium) Normal business Hours are: Monday-Friday, 8:30am-5pm. Any questions, please contact our office at 302-425-4890.

Map of where the Riverfront Commuter Lot is located: